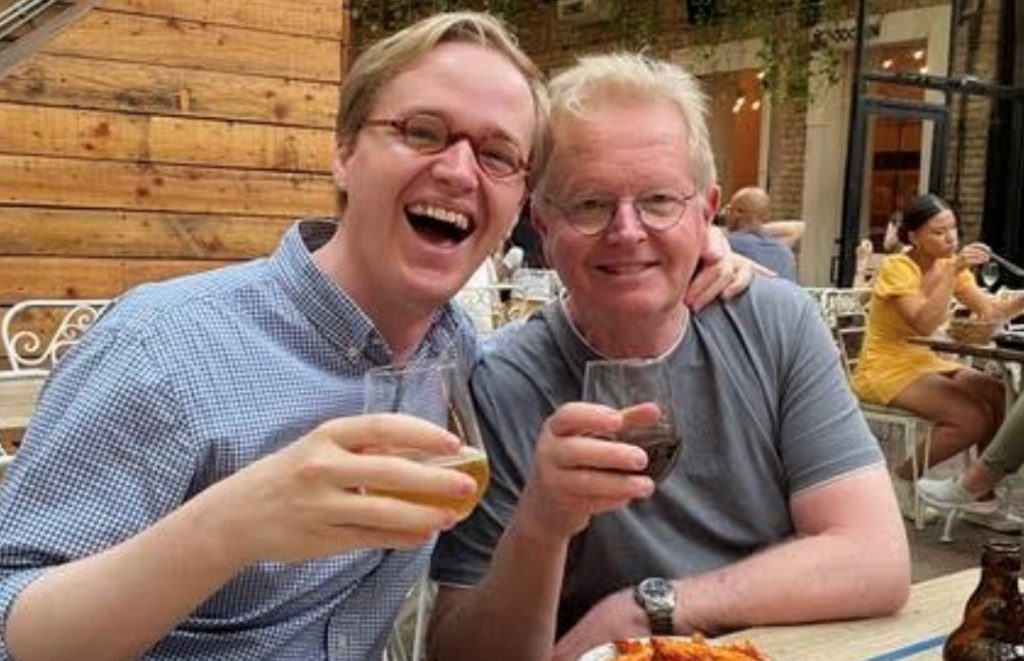 Christopher Nicholls has died, suddenly. An accident in his home.

Chris inspired and led the creation of Symphony for Life Foundation in 2016. He dreamt up a complicated plan, committed it to paper and then talked his way around Sydney to find board members who could collaborate in bringing his great idea to life. Children had formed the first SFL orchestra when Chris moved to that little south coast paradise, Merimbula. Some time later, he resigned from the far-away Symphony for Life but most of his board members continue to carry the vision forward. SFL has survived COVID, young children are walking the long path learning musical instruments and building an orchestra.

Chris was motivated by two big things. His younger son, Alex, in his early years did not do well in school but the fates led him at age 14 to start to learn to play the cello. This turned out to be the almost magical solution: his school problems disappeared. Like his dad, he was in fact very smart and only two years later was admitted to Sydney Conservatorium of Music. From there he auditioned for admission to, and graduated from the most famous music school in the United States: Juilliard School of Music in New York. He decided to move to the University of Music and Performing Arts in Vienna to do post-grad study with his cello master of choice. After five years there, he will soon emerge with a PhD.

Already thrilled with his son’s success in school, not to mention the later developments, Chris wanted other children to have such opportunities. There was the idea for Symphony for Life.

Chris’s other inspiration was a program in Venezuela. It’s called El Sistema (the System). This is a free program set up in poor neighbourhoods to teach children to perform on orchestral instruments and to form orchestras. Its best orchestras are amazingly good. Its other objective is to use this musical program to pull the neighbourhoods together.

El Sistema is an enormous success. Its best orchestras are extraordinary. And there are hundreds of El Sistema programs throughout Latin America and around the entire world.

SFL continues to be inspired by the general objectives of El Sistema though in a very different country, Australia, it finds its own path. One day, Symphony for Life also may be famous.

Fond memories and a big thank you to Chris Nicholls for getting us started. Condolences to his family.