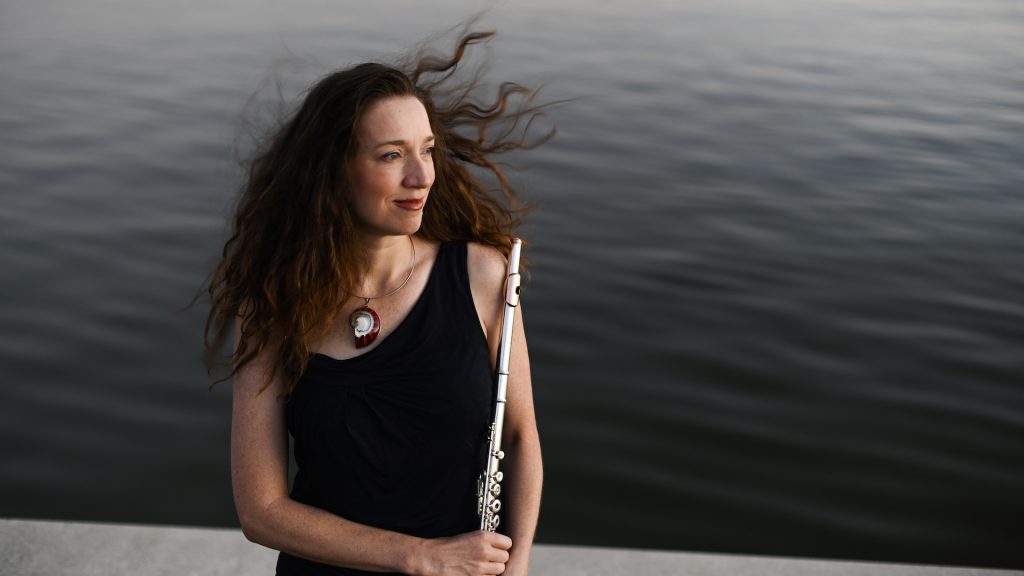 We are absolutely thrilled to announce that Sally Walker, Woodwind Lecturer at the Australian National University and Principal Flautist of the Omega Ensemble, is joining us as ambassador, supporting us in the lead up to Symphony For Lockdown and beyond. Do read more about Sally and her extraordinary career below.

“Musical experiences can be life changing, especially for the young, and I stand with Symphony For Life in its mission to bring the joy of music to children who otherwise wouldn’t have the opportunity.”

With a repertoire ranging from early music to works composed especially for her, Canberra-born flautist Sally Walker has toured internationally with some of the world’s finest orchestras, including the Berlin Philharmonic and Leipzig Gewandhaus Orchestra, has performed as Guest Principal Flute with the City of Birmingham Symphony Orchestra, BBC National Orchestra of Wales, Kammerakademie Potsdam, Radio Philharmonie Hannover and the Australian Romantic & Classical Orchestra (on historical instruments), and  has appeared in the London Proms, Salzburg, Lucerne, Tanglewood and Edinburgh Festivals. She is currently Lecturer in Woodwind Performance at the Australian National University, Principal Flute of the Omega Ensemble and has a long-standing association as Guest Principal Flautist with the Australian Chamber Orchestra. Sally was a prizewinner in the Friedrich Kuhlau International Flute Competition (Germany), received the Vice-Chancellor’s Award for Excellence in Teaching from the University of Newcastle and has been nominated for an APRA/AMCOS-Australian Music Centre Arts Excellence Award. With a love of travel, she has been a masterclass guest in Argentina, Austria, Germany, Ireland, Japan and Sweden.

Across decades of performances and teaching, Sally’s experiences of the profound power of music have inspired her to pursue a range of philanthropic activities. She has performed in benefit concerts for Leipzig Musicians for Children with Cancer, Multiple Sclerosis Australia and Wesley Hospital Choices Cancer Support, recorded on Cyrus Meurant’s Monday to Friday project, commissioned by Beaumont Care Australia for people living with dementia, and co-organised the ‘Music for our Country’ benefit at Sydney’s City Recital Hall, which raised $83,000 for bushfire relief.

Since the pandemic began, Sally’s philanthropic activities have increased, through becoming a volunteer teacher for Illumina Festival’s Equal Music program and, most notably, as the Australian organiser of the 1:1 Concerts international social initiative. Drawing together musicians including the late Taryn Fiebig, Elena Kats-Chernin AO, Sonya Lifschitz and Kim Cunio, 1:1 Concerts have raised over $25,000 for Australian musicians adversely impacted by the pandemic through Freeland Artist Relief Australia. With the support of the Klein Family Foundation, Sally was invited to curate the 1:1 Concerts series for the 2021 Adelaide Festival, which gained a five-star review (Limelight). Two days were devoted to performances for women experiencing homelessness, supported by the Mahmood-Martin Foundation.

With a passion for music and health, Sally has been involved in many interdisciplinary projects and has appeared as a speaker at International Symposium for Music and Spirituality and at the Swedish Flute Festival.

Sally is delighted be an Ambassador for Symphony for Life.